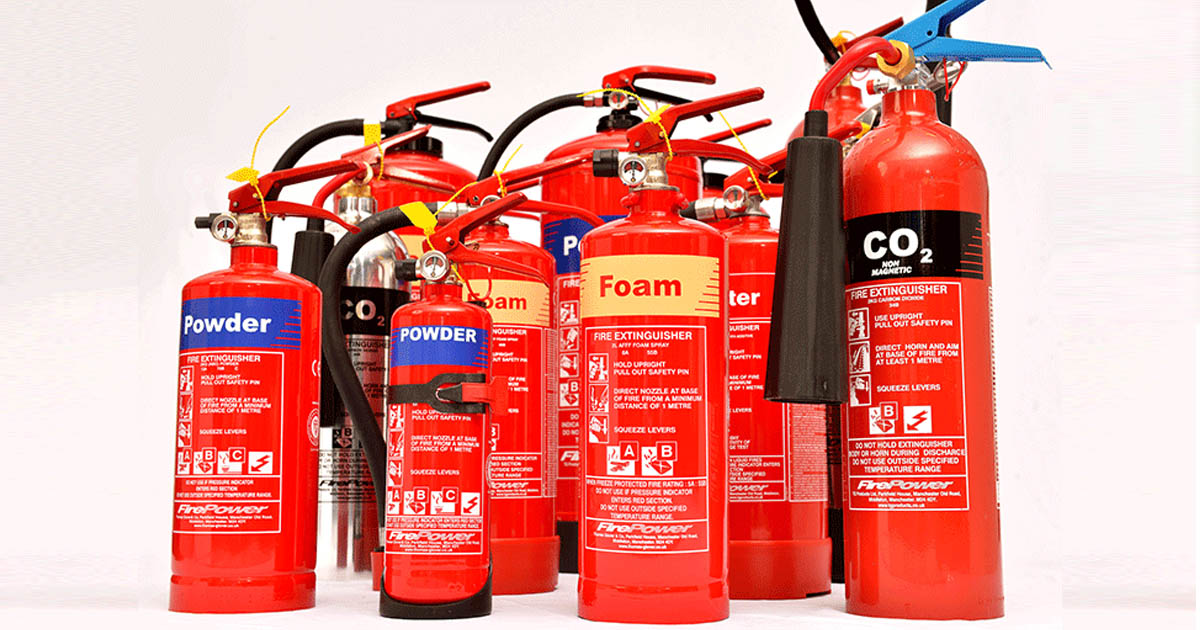 At a glance, fire extinguishers may not seem very different from one another. While the red canister is symbolic of the profession, there’s so much more to this invaluable tool than meets the eye. In fact, firefighters are trained to use many different extinguishers.

Each style serves a unique purpose and is designed to suppress a specific type of fire:

Water & Foam: Water smothers the heat source, while foam separates the oxygen element from the fire. Water extinguishers are meant to put out Class A fires, which are caused from basic combustibles like paper and cloth. Foam extinguishers can also be used on Class B fires resulting from flammable liquids such as gas and oil
.
Carbon Monoxide: Carbon monoxide extinguishers eliminate the oxygen source from the fire and suppress the heat with cold. They’re designed to put out Class B and C fires. Class C fires are caused by electrical items, such as motors and appliances.

Dry Chemical: Dry chemical extinguishers suppress the fire’s chemical reaction. They are highly effective on Class A, B, and C fires.

Wet Chemical: Wet chemical extinguishers work by deteriorating the heat source and forming a barrier between the oxygen and fuel. This prevents the fire from reigniting. It’s effective on Class K fires, or those that develop from greases and cooking oils.

Dry Powder: Dry powder separates oxygen from the fuel and kills the fire’s heat element. It can only be used to douse a Class D fire, which involves combustible metals such as aluminum and sodium.

Clean Agent: Also known as a halogenated fire extinguisher, the clean agent breaks up the chemical reaction within the fire. It’s safe to use on Classes B and C, although larger units are also appropriate to use on Class A fires.

Water Mist: Water mist extinguishers stop the fire’s heat element. They’re sometimes used instead of halogenated extinguishers and can be used for Class A and C fires.